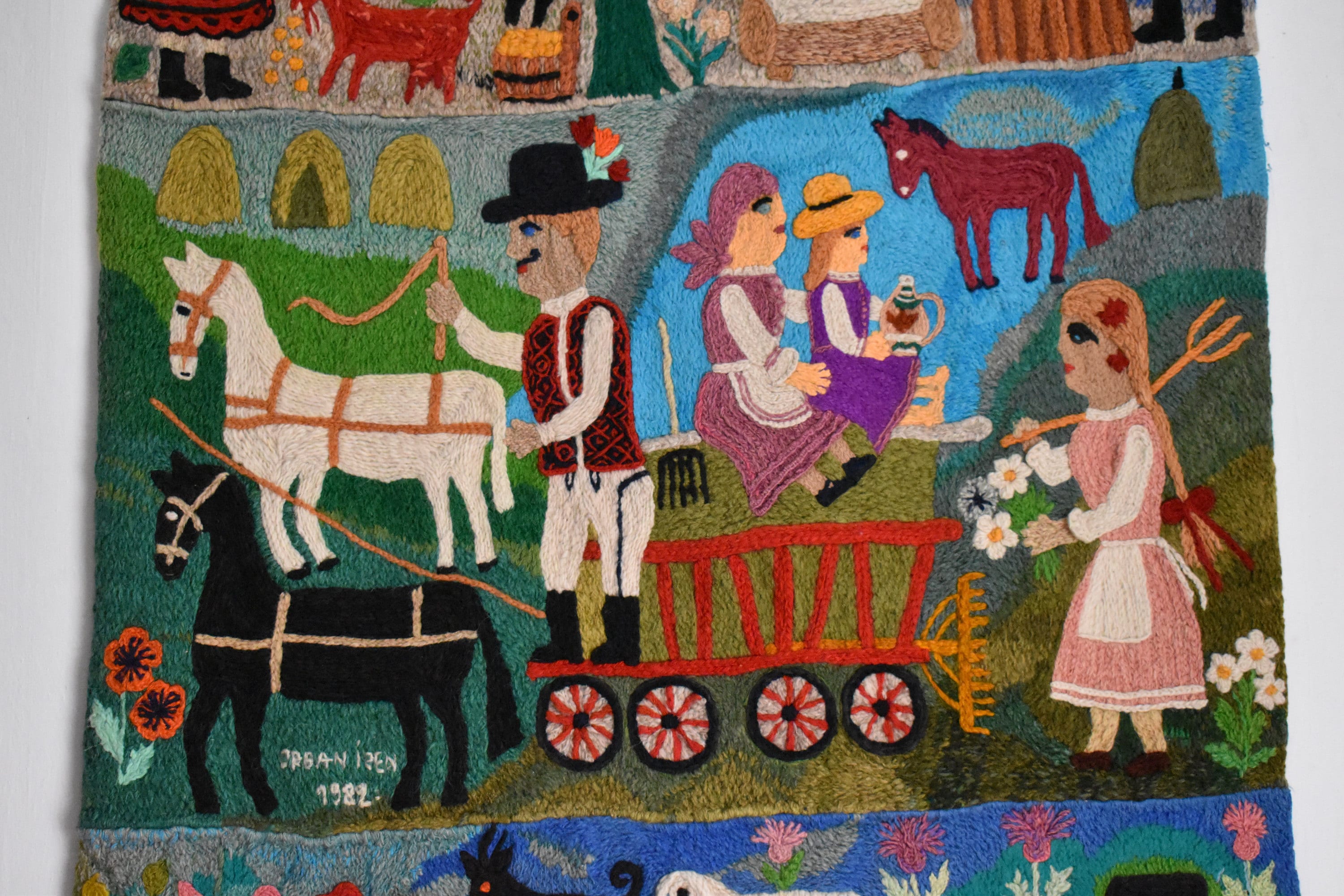 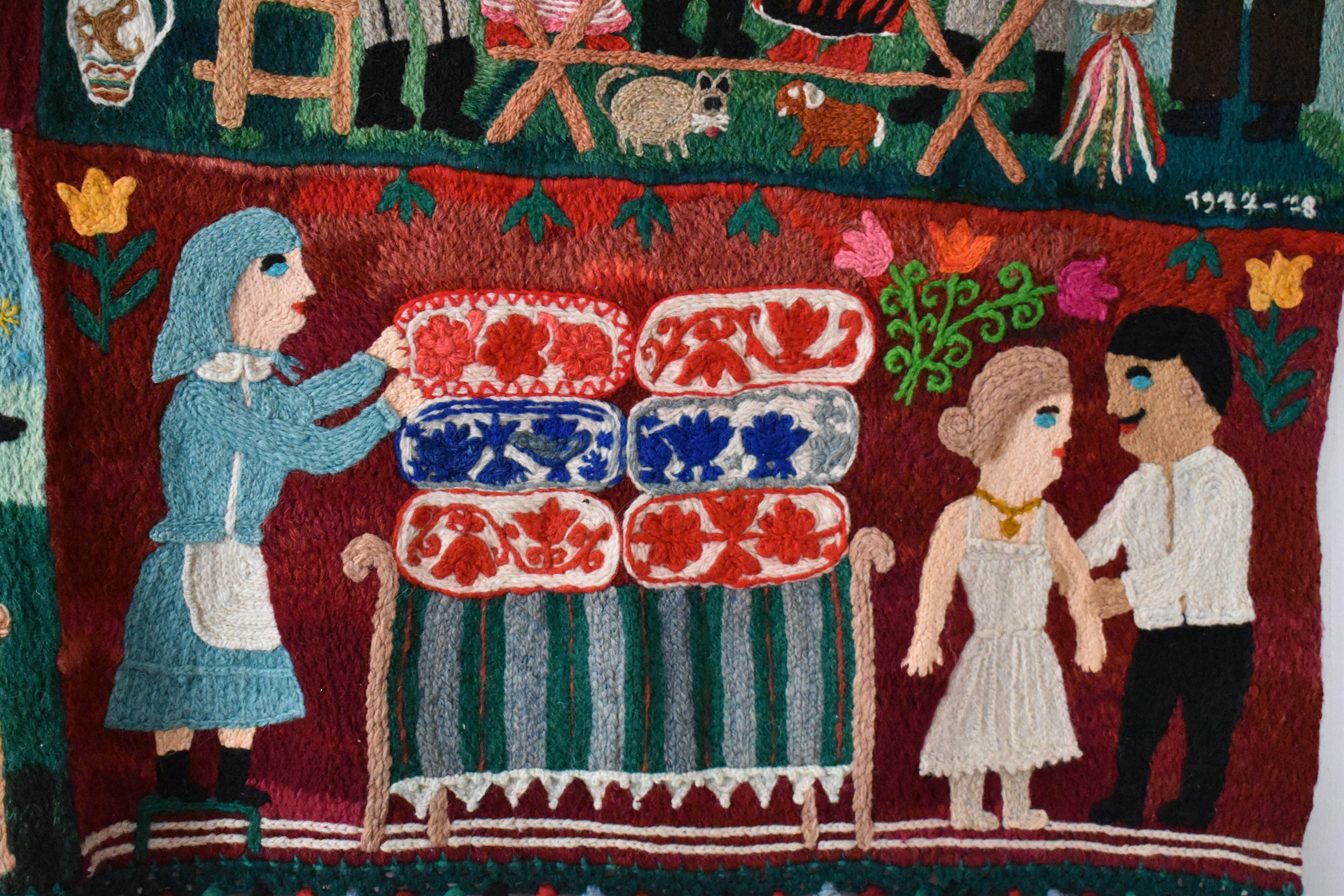 Such joy in these works by Iren orban,  I have been obsessed by these colourful folk art  narratives  since I met Iren at a Transylvanian market in Budapest several years ago. I was lucky enough to buy one of her wall hangings (but wish I had bought more), she doesnt sell them anymore but keeps them for her children and grandchildren on the walls of a room in her house, they look fantastic as a collection, it's a dowry room without  the textile laden  bed. 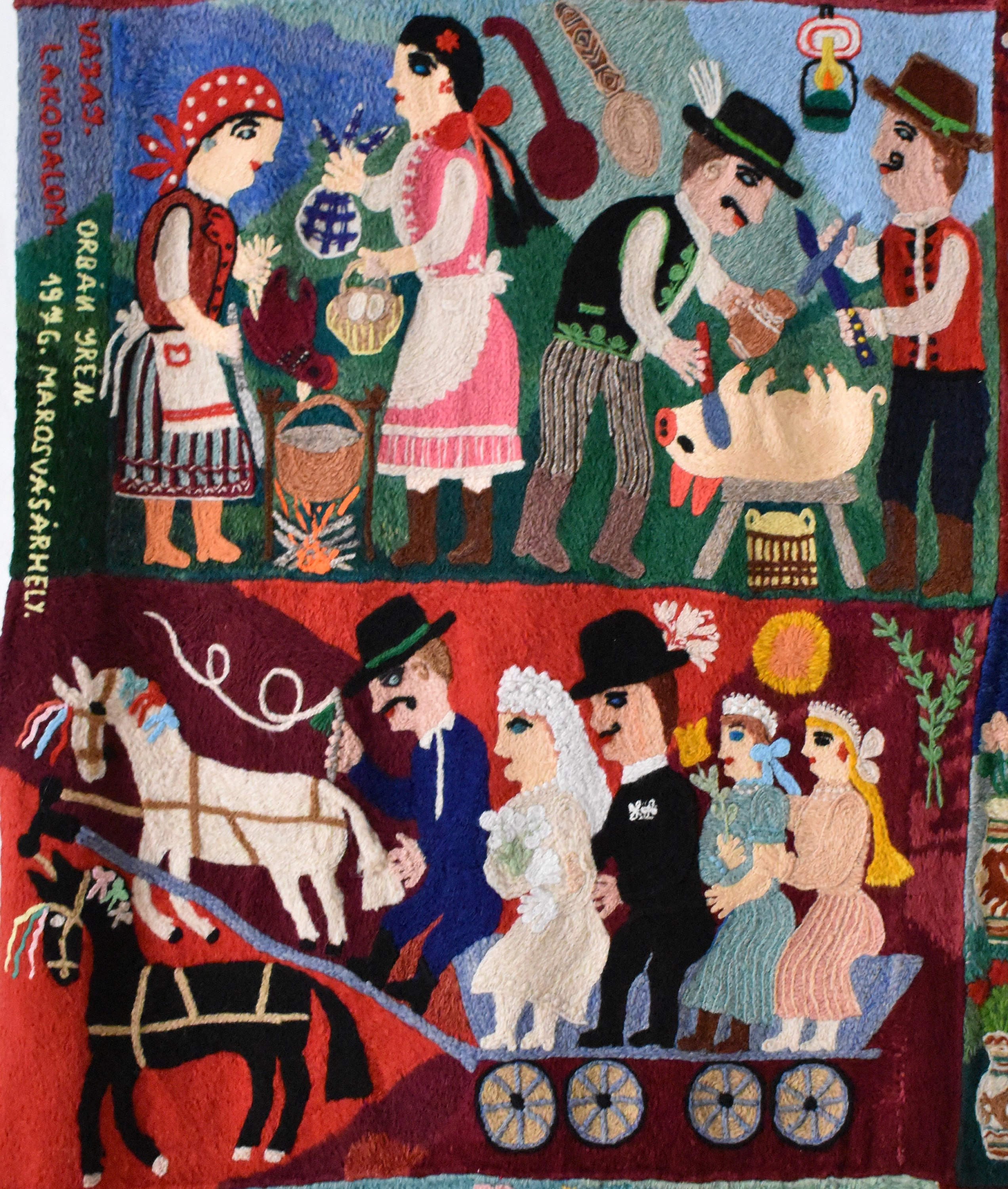 Now 91 years old and still embroidering, Iren was born in a village in Szekler Land ( Hun; Skekelyfold) in Eastern Transylvania.    Iren  later movied to Tirgu Mures  (Hun, Marosvasarhely) where she worked at the county museum and   where she lived until  moving to Hungary to be near her daugher some years ago. 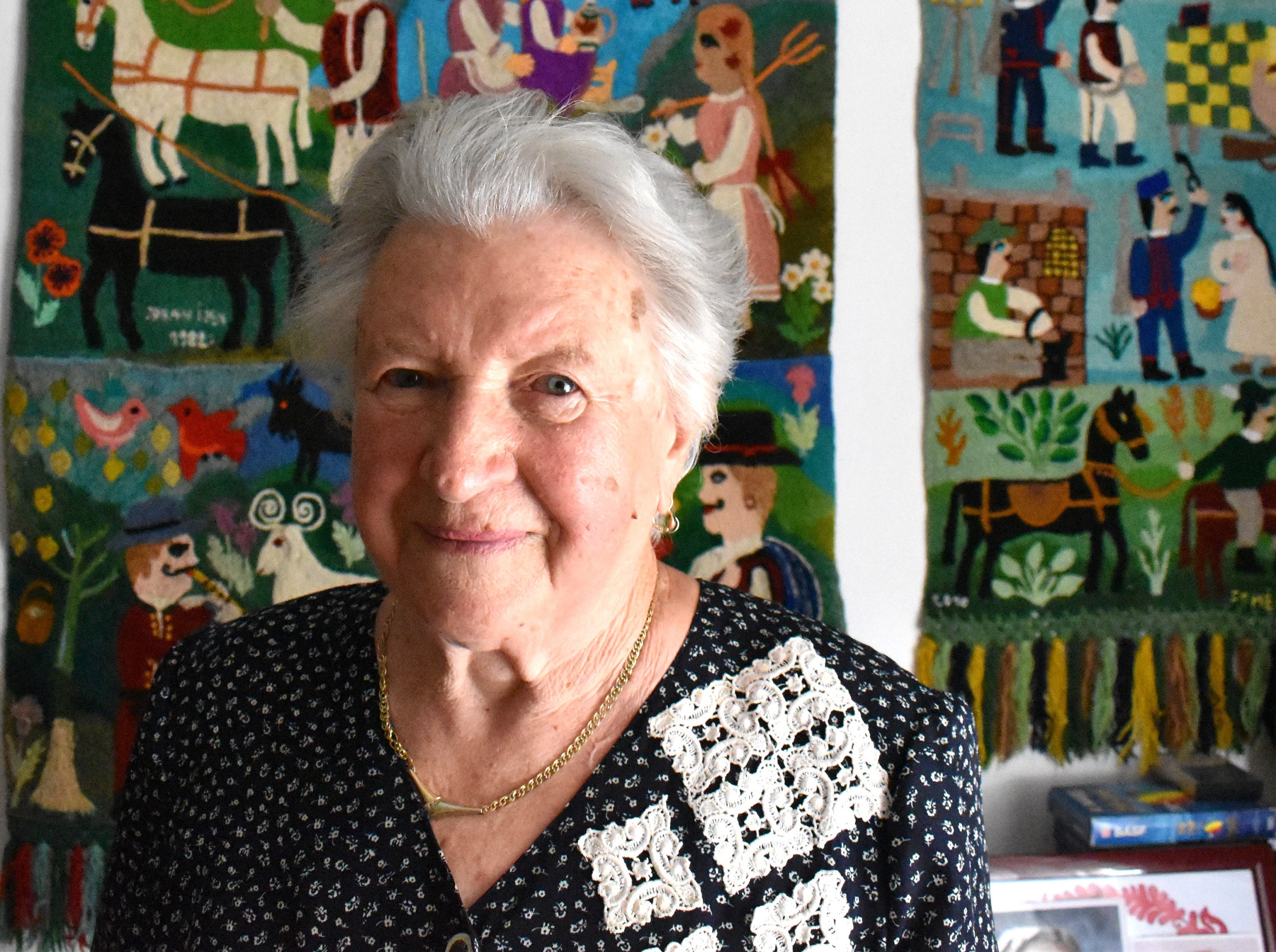 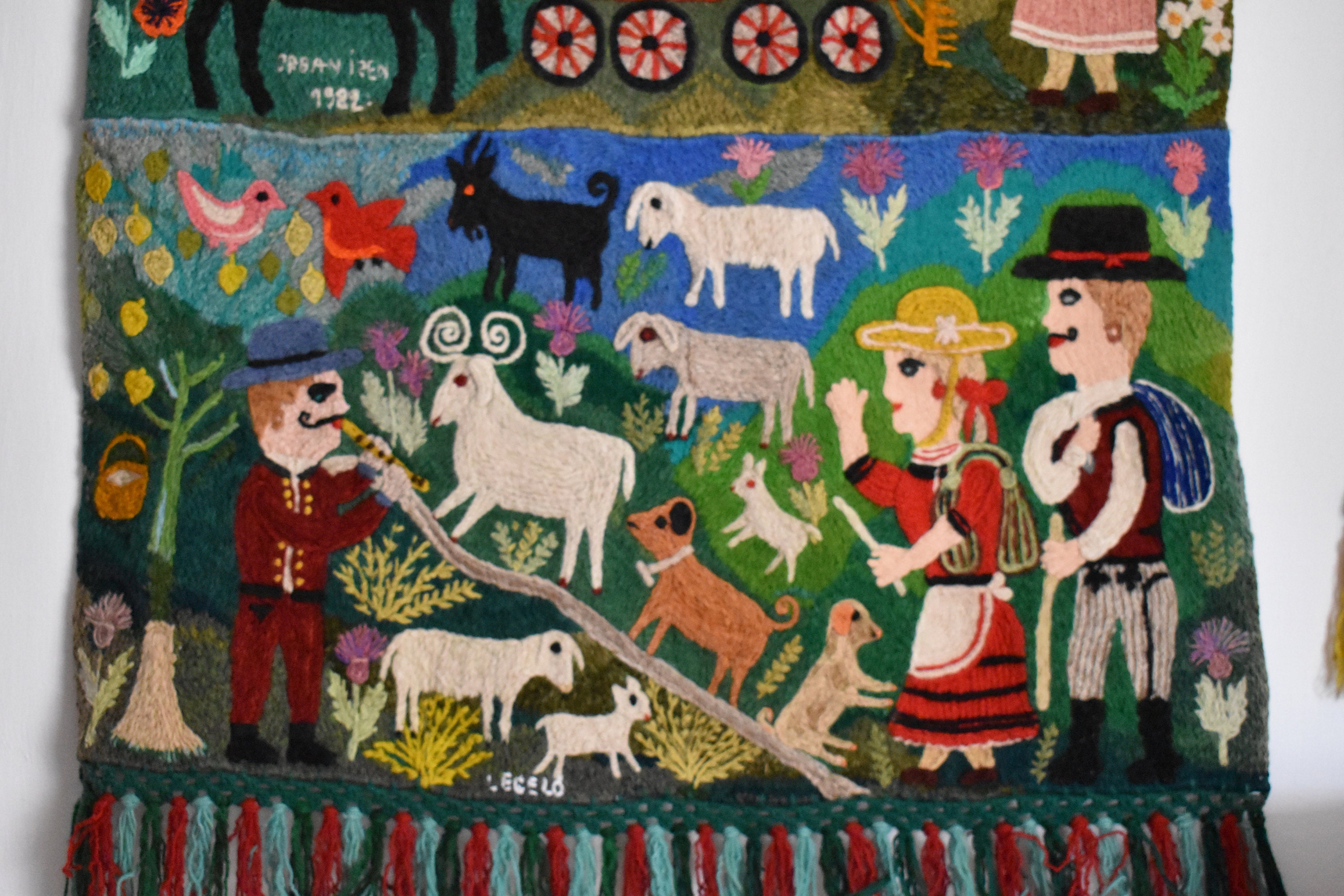 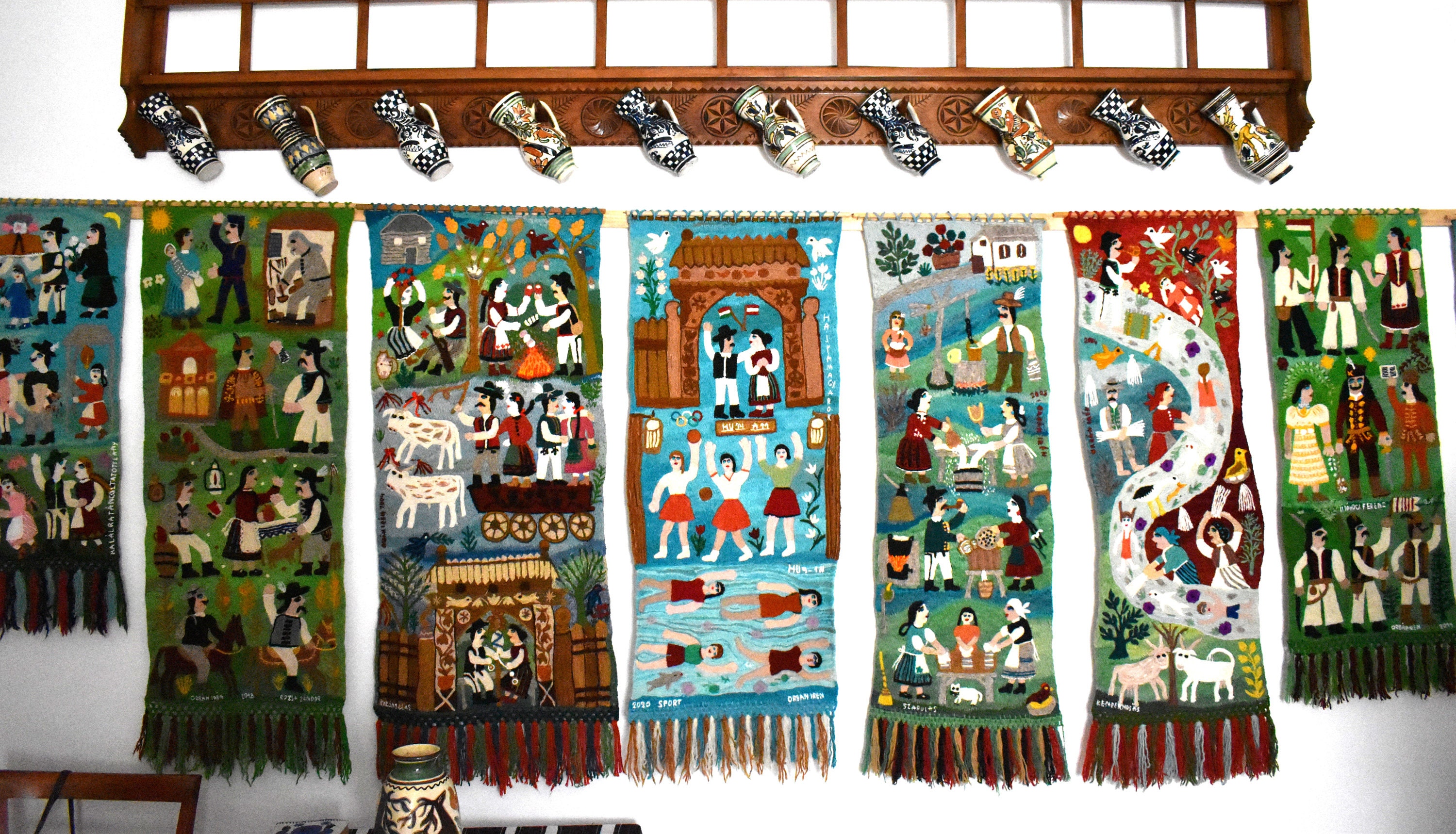 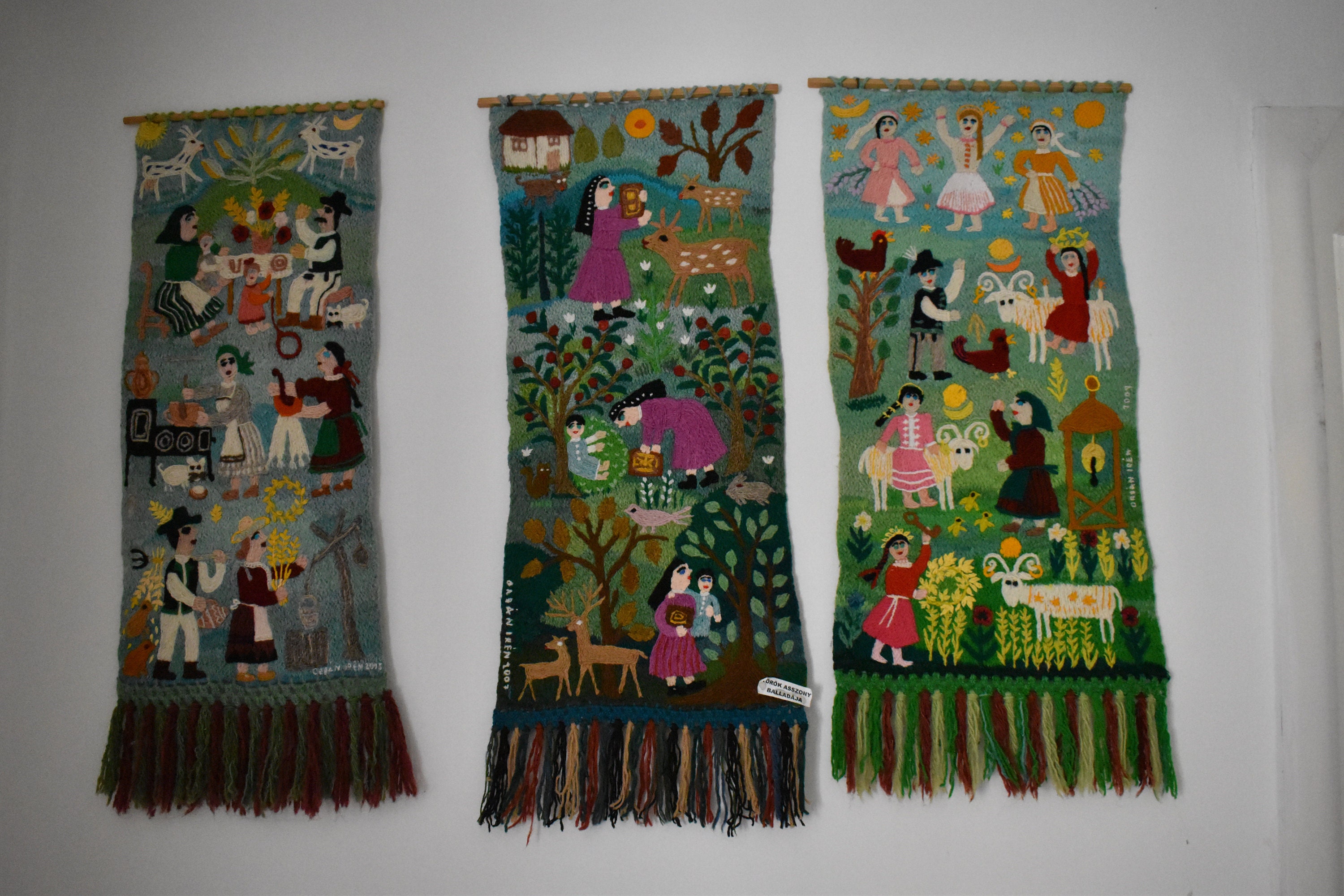